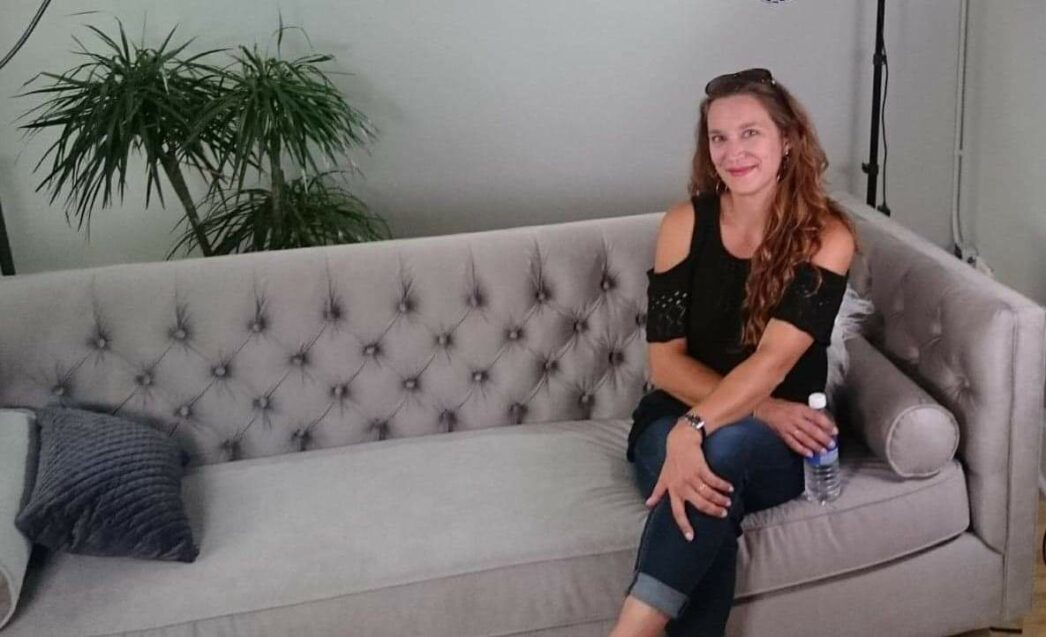 My name is Nadia Mallet. I am a Regional Coordinator for the NB FASD Centre of Excellence, but more than this title, I am a biological mother of a child diagnosed with FASD. Because of these two important roles in my life, I gained a passion for raising awareness on the pressure we put on biological moms.

I would like to start by reminding people that FASD is preventable with planned pregnancies and appropriate supports. At this moment in New Brunswick, 63% of pregnancies are unplanned. Our research shows that alcohol starts impacting the fetus as early as 5 days post-conception and that on average, a parent only knows around 5-6 weeks that they are pregnant.

I often hear people who will say: “If you are drinking, just make sure you are using birth control, it’s that simple.” Simple, a word that should never be used in the world of a parent and especially not in the world of FASD.

Today, I would like to share my story with you in the hopes it will open your hearts and mind to the reality we go through daily as a biological parent.

“By then I was already 11 weeks pregnant”

I was 18 years old, working three jobs, 7 days a week. I was in a serious relationship, and I was on the birth control pill. Then one day, I caught a throat infection and was put on antibiotics. That same week, I went on antidepressants. I was not aware that antibiotics could affect my birth control.

The only signs of pregnancy I had; I was feeling nauseous, and I was tired. Do you know what else gives you those symptoms? Antidepressants. I still had my periods for the first few months of my pregnancy, therefore, when I shared my symptoms with the pharmacist or my doctor, they believed it was a side effect of my medications.

The next symptom I had that finally made me wonder was when I started gaining weight. By then I was already 11 weeks pregnant. I spoke to my doctor and right away explained that I had gone out partying with my friends prior to knowing, around 8 and 10 weeks of pregnancy. Her answer back then was: “It’s okay, it’s only twice.”

Responses, more often than not, are stigmatizing

I get different responses when it comes to my story. First, I have people saying, “Well, at least it wasn’t your fault because you didn’t know”. No mother knows. No mother is planning to cause a permanent neurological disorder to their child. Some are in abusive relationships. Some don’t know the extent of the effect of alcohol during pregnancy. Some experience substance use challenges. Alcohol addiction is a complex disease with psychological, biological, and social components. No mother gets pregnant, starts drinking and thinks: “I really hope my child gets FASD!”

I then get people saying, “Well, because you didn’t know you were pregnant you have no reason to truly blame myself.” If you are a parent, how often did you blame yourself over little things with your child? When they were babies, they sometimes cried, and you didn’t know what to do to calm them down. Maybe you sent them to school in the wrong clothing on a colder day. You had a long day at work and then maybe screamed a bit one evening. And then, you blame yourself and feel bad, even though it wasn’t your fault.

My accident caused permanent neurological damage to my child. Of course, I blamed myself. I am happy to say I have a big support circle surrounding me and I grieved. But not all biological mothers have the same privilege. Always be kind.

The stigma around disclosure

I still hear the sentence: “Yes, but at least you admitted drinking”. Admitting it? Like it’s a crime? We are not criminals. We are parents.

I also hear people blaming parents who won’t give out alcohol confirmation. Let me explain that the day as a parent. As we confess (because yes, that’s how we still feel), we also understand the judgment that will follow us. We understand that our child will go through their own grieving process and, one day, will blame the biological mother. This is a very difficult process for both the child and the mother.

We went through that grieving process in my home. I am very proud to say today that my child doesn’t blame me anymore. On the other hand, he is very aware of the judgment that surrounds his diagnosis. He will tell people that he has a neurological disorder, but he will never say FASD. In his words: “Mom, if I say FASD to people, they all judge you like you’re a bad parent. That’s not fair.” How sad is it that my child must carry that burden with him? These are the reasons why it is hard to “admit it”.

Today my thoughts are, I didn’t choose to do this to my child, but I chose him, and I chose to accompany him throughout his journey. But it took a long time to get to that point.

The language we use matters

Why am I telling all these stories today? Because I need you to understand that the things you say to people are impactful. The language we use matters. By sharing my reality, I am truly hoping that people will change their approach. I hope that people will talk to us – the biological mothers of children diagnosed with FASD – the way we deserve: with empathy, with care, and with the understanding you would offer to any other parents. That you will have a conversation with those parents. Show empathy. You know statistics now; you see it can happen to anyone.

We need people to help us advocate. We need to reduce the stigma on biological mothers, and the stigma around FASD so people like my son can grow up in a world where they won’t be ashamed of their diagnosis.

I would like to end with a quote. Morgan Fawcett, a first nation adult who, at 19 years old, said it best: “When it comes to fetal alcohol spectrum disorder, there are only victims, never perpetrators.”