On Thursday, June 9th, I had the opportunity to attend the Canada Fetal Alcohol Spectrum Disorder Research Network (CanFASD) conference in Moncton, New Brunswick. The conference brought together health care providers, action advocates, parents and kids all of whom have an interest in, or are directly affected by, FASD.

Featuring a keynote presentation by University of Alberta researcher, Dr. Jacqueline Pei, the event was packed to overflowing, garnering more interest than it had capacity. Originally intended to serve an audience of two hundred, the organizers had so many people apply they had to turn some away.

And in that large and engaged crowd, representation from Nova Scotia was conspicuously absent.

Indeed, I could identify only a handful of attendees from outside of New Brunswick, the only province in Atlantic Canada that can claim to be addressing FASD in any meaningful way. As speaker after speaker stepped up to the podium, I was awestruck by this void. Why, I kept wondering, is no one else addressing this issue? 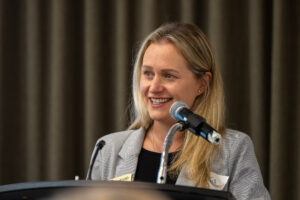 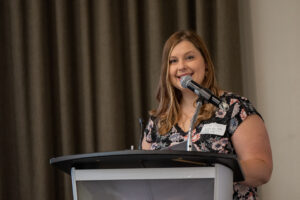 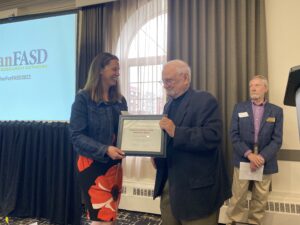 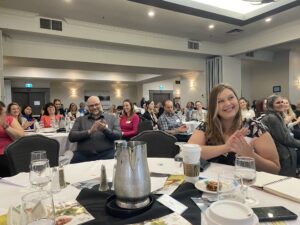 FASD occurs when children are exposed to alcohol in the womb. It has a higher prevalence than just about any other childhood neurological disorder, with conservative estimates suggesting it occurs in 4% of all births. For some context, that is more than Down Syndrome, Autism Spectrum Disorder, Tourette’s Syndrome and Cerebral Palsy combined.

The solution seems simple enough. If a mother doesn’t drink when they are pregnant, they will not give birth to a child with FASD. Ignoring, for a moment, the complexity of addiction, this line of thinking has at least one major flaw. In this day and age, it could be argued that most mothers know they should not drink while carrying a child.

But what if they don’t know they are pregnant?

This is a pivotal point. In Canada, half of all pregnancies are unplanned. Of those, many are only discovered weeks, if not months, after the fact. Further, it has been suggested that alcohol can impact a fetus at any time during pregnancy, including soon after conception when women may not yet know they’re pregnant.

Consider the following scenario. Two women go out on a Saturday night to celebrate a birthday. They have fun, they laugh, they eat, drink and dance the night away. The next weekend, it’s a backyard BBQ with a few bottles of wine. Two weeks later, they go to a campground with family and sing songs around the campfire; good food, cold beer and sunshine.

Neither one of these individuals would be frowned upon or face any other sort of public shaming. Unless, of course, one of them has not yet discovered that they were pregnant during this time. Then, all bets are off.

This is one of the elements of FASD that I find so striking. For whatever reason, we seem to automatically go to the notion that the mother of a child with FASD has done something wrong. Even the language we use around FASD diagnosis is couched in guilt. Mothers must ‘admit’ to drinking alcohol, as if that, in and of itself, was a crime.

Our unwillingness to accept that FASD can happen to almost any family, and our resulting ignorance on the issue, is causing us to miss some silver linings. Although advances in research have come slowly, they have come, and show promise in helping families cope with the condition.

During the keynote, Dr. Pei explained that her research consisted of setting two groups of kids to work on a risk-reward scenario. The general concept of the experiment was that when the kids took a smaller risk they could receive a smaller reward more often. Taking a larger risk would result in a large reward, but less often, and also come with much bigger losses. 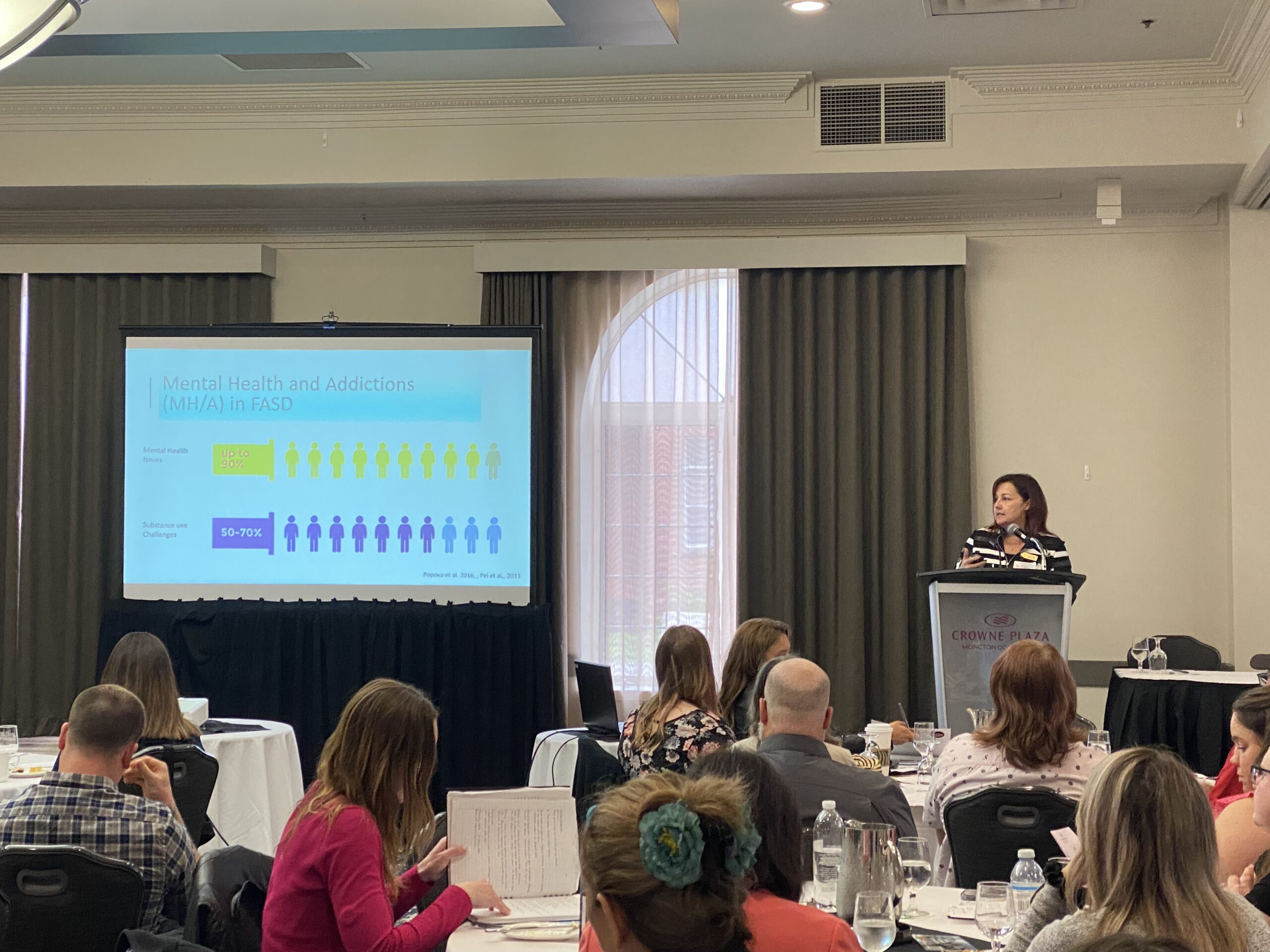 Initially, behaviour in the two groups was remarkably similar, with both making similar choices. However, as the experiment progressed and the kids got more engaged, something fascinating happened. As the game progressed, the kids without FASD were able to learn to make more careful choices, and then continue to make good choices and succeed in the task at hand.

The children with FASD, however, invariably continued to make risky choices, seeking a “big win.” According to Dr. Pei, “It reached a point that by the end of the experiment, the children with FASD were not just leaning into the bad choices, but were making the highest risk choice available to them”.

Dr. Pei surmises this has to do with the part in our brain that controls our emotional decision making, a control system that is compromised by FASD. If you have ever experienced a moment of “flight, fight or freeze” then you have felt that system kick in. For individuals with FASD, that system simply doesn’t work very well.

The results are preliminary, and Dr. Pei advises caution against drawing too many conclusions. Still, the implications are significant, particularly for schools.

Consider for a moment, a grade three classroom. Students are about to engage in a hands-on, high stimulation learning exercise about the solar system. There are stations to go to, large balls to use for the planets, and the teacher is dressed up like Dr. Spock. There is light, sound, music. This lesson is going to be awesome.

Then Sam (we all know Sam) grabs a ball and hurls it at the carefully constructed model of “Deep Space 9” the teacher has set up at the front of the room (remember, high risk choice). The classroom reacts. The teacher raises her voice. Sam escalates and must be removed. Lesson destroyed. All because of Sam. When the principal asks Sam why he threw the ball, Sam doesn’t know.

No one knows why Sam’s emotions spiked in that moment. Not Sam, not his teachers, not his doctor, not his counsellor, not his psychologist not his psychiatrist, all of of whom his parents have turned to for help. That’s because Sam’s mom is the woman in the previous example, and no one has even considered the possibility of FASD.

If they had known, if there was a diagnosis, then steps could have been taken. Supports could have been put in place. Sam, and all his classmates, could have gotten to learn about space. But Sam is from Nova Scotia, and, well, we just don’t talk about that here.

During the opening session of the conference, New Brunswick’s Minister of Health, Dorothy Shepard, announced an extra $800,000 in government funding for the province’s FASD Center of Excellence, an institution that exists to help families who live with FASD.

For whatever reason, governments in Nova Scotia have been resistant to taking a similar step to help the roughly 40,000 Nova Scotians who currently live with the condition.

I would suggest that signing on to be a member province of the CanFASD Research Network, (grand total cost $65.000.00) would at least allow this long-overdue-conversation, to begin.